Bachelor in Paradise--Two-Faced AshLee is Doomed!

Two Nights of Bachelor in Paradise this week! It's like watching the planned detonation of a huge skyscraper implode and fall, isn't it? I can't look away even though my teenage son thinks so much less of his parents for watching. 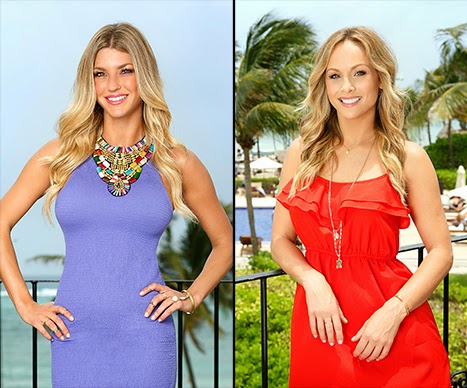 It's a girl fight faceoff episode but first we have tears and disappointment for Michelle Money, who seems to be the producers' favorite. She spends a lot of time on camera. Mostly crying but still...
Last night's episode picked up where last week's rose ceremony left off. Michelle Money was still in tears about Chris B giving her the girl rose and the BIP remaining contestants walked with pretty lanterns down the beach to their palapa mansion, spaced evenly so the cameras could get a lovely shot of them along the moonlit surf.
Back at the house there was a date card for Robert, the hot commodity with Sarah and Michelle. He'd just given Sarah his rose so guess who got the date. 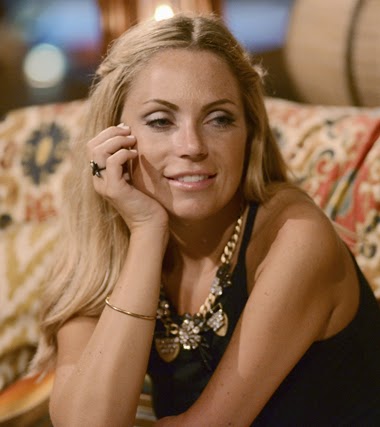 Sarah was asked. That set off Michelle M in tears again, saying she's a loser even though she wears the most makeup, knows how to do her hair the best, and was wearing a backless crocheted dress. What is she possibly doing wrong? I'm not a man expert but they hate tears, don't they? Not Graham who comforts her in the toilet room.
Next day she does Sarah's hair, (which turns out to be just same old hair with a little braid down the right side) and then mopes about how the only guy left is Robert and she's alone--AGAIN! SHE JUST NEEDS A MAN! More tears. Sarah and Robert take off on a catamaran from Playa del Carmen and they have a fun in the sun time. Could it be that someone on the show actually enjoys this quiet, sweet girl and doesn't have an ulterior motive of ending up in a girl's bunk? 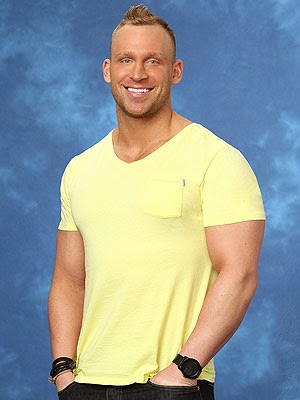 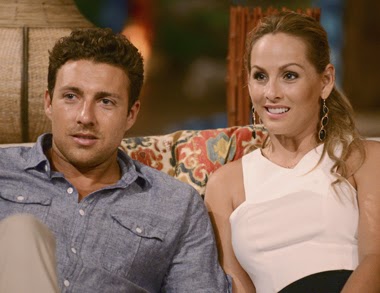 Back at the beach, Cody, the body builder from Andi's season, meanders into the group. Apparently he'd been waiting at a bar for his cue and was already tipsy which explains why he zeros in on Clare like a hungry tiger and asks on a date. He won't take no for an answer. After about 17 conversations with Clare and Cody, Clare and Zack, Cody and Marcus etc. she says no to the date offer. Cody gives his rose to Marcus who asks Lacy which was a gesture sure to get Cody points.
On the date Marcus mistakenly says the 'love' word, replaces it with "like" and Lacy is elated but her mascara stays perfectly in place.
Zack and Clare are back together after a day of taking their eggs out of each other's baskets and pretending to give others one of their eggs. ???? This is their sweet talk style. But all Zack's eggs are now back "in her basket." 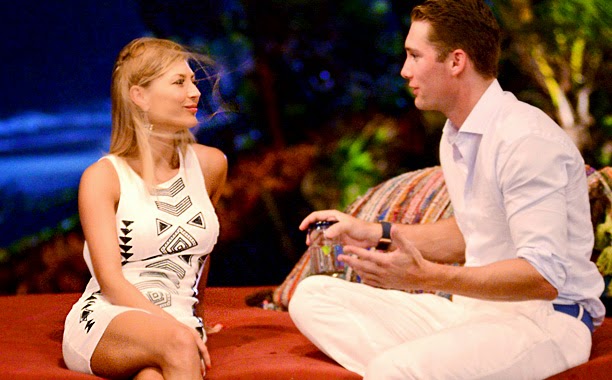 Then the biggest A-hole in the history of The Bachelor walks down the beach--Kalon. You remember him calling Emily Maynard's child "baggage". Oh that's not the worst of it. Just wait. He's about to insult Mexican people, call Sarah and Jacki lizards and brag about helicopters again. First he asks Michelle on his spelunking date. She refuses and tells him why. She is friends with Emily and is a mother. Then Jacki. She refuses. Then Sarah. No. I'm not sure if he threw it out to the group but he goes alone on the date and pretends to love himself so much, that was his choice. Clare jokes that he'll be belaying himself into that cave for a romantic dinner. Zing. 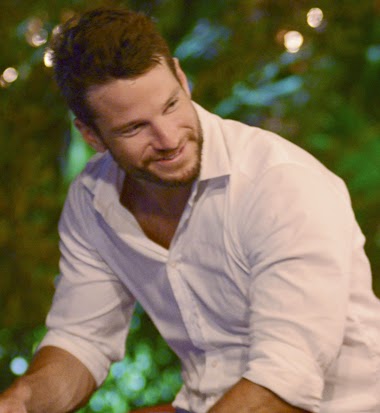 Then a third man arrives. Jesse Kovacs. He's the Chris Bukowski replacement. Player on the Playa. He asks Jacki on his date and she says yes. Marquel still hasn't claimed Jacki as his own so the old snooze you lose phrase comes to mind. Jesse is desperate to latch on to a girl seeing the rose ceremony is the next day and he pours on the compliments during their cave dinner. It works!
Meanwhile it's massage night at the playa and everyone is getting a massage but Michelle who is a self-professed loser. Cody gives her a pity back rub but wait, her back resembles Clare's and he likes it. 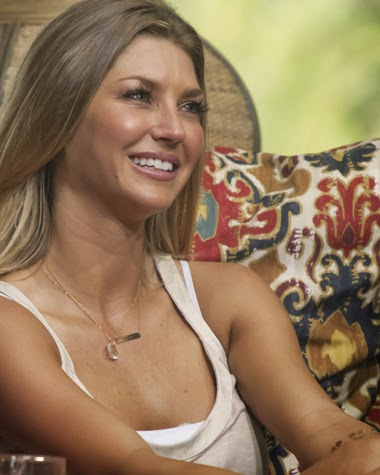 The next day, AshLee finds herself in a swinging hammock chair with Zack--they are talking. Thinking she's out of camera range, she says that Clare is cuckoo and basically a slut for f___ing Juan Pablo in the ocean. What?! AshLee does a whole lot of back pedaling when Zack points to the tree camera. OOPS! She will be in deep doo doo with Clare Crawley when this episode comes out. But wait, Maybe sooner. Lacy tells Clare about this conversation and then the palapa roof begins to blow off as Clare shoots steam out her ears.
That night AshLee and Clare have a face off talk on the beach where AshLee's second face (the nice one) is dominant, but Clare won't hug it out with her. She is MAD! AshLee heads back to her room where the microphones pick up her saying "f__ing bitc_". Nice mouth on you, AshLee.
Tension builds to the 4th rose ceremony where Cody and Michelle take a moment to kinda like each other and hug just in time for Cody to secure a rose, Jesse and Jacki have another discussion about how cute she is to lock that vote in and Graham gets pulled aside by Michelle to only now find out about AshLee's two-facedness. 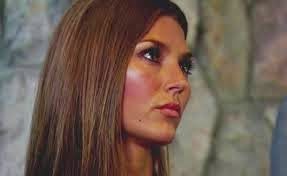 When the rose ceremony begins, the obvious twosome goes first and Marcus gets a rose. Then AshLee tries to give Graham a rose and he walks off camera, through the group of hairy, unkempt production crewmembers and Michelle follows. That's when tonight's episode ends and these letters appear on the TV.

Bachelor in Paradise will be on again tonight at 8 pm where we'll finally see what Clare does with those knives and who takes off in the ambulance. I predict Clare cuts up AshLee's clothes or something. What do you think?