Ten Reasons Why I Watched the Royal Wedding

I watched the recent Royal Wedding of Harry and Meghan.
I did.

Not in real time but when I finished work for the day, I sat for hours in front of the TV with two shows on, one featuring highlights and backstory, one taped continuously from two hours before the wedding to after everyone cleared out of Windsor.

Why did I find this so fascinating seeing I never even knew Harry was dating an American until a few months ago?

5. Hats
6. I'm a romantic
7. Gospel choir singing Stand By Me
8. I've been to Windsor
9. The British accent
10. I needed something sweet and lovely in the news this week

Posted by Kim Hornsby at 1:27 PM No comments:

Screenwriters and Authors - Pitch Your Work to Producers! 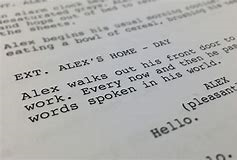 It's hard to get someone to read your screenplay, love it, and option the thing for production.
The odds are probably up there with growing a third nipple.
Then, to get out of development hell and see the project on film is a whole other mountain that needs to be climbed.

Do you write Scripts? Screenplays? Books? Have you pitched to producers, film companies and those muckety mucks who hold your happiness in their hands? Standing out in the crowd of screenwriters in LA is a feat in itself. One way to pull away from the pack is to win a screenwriting contest. Another is to pitch when you have the attention of the producer. Pitchfests are difficult, even if the producers ARE looking for material.
How about pitching at an exclusively small conference that is hundreds of miles from Hollywood but filled with top-caliber people who are producing content for screens, big and small? A place where you have their undivided attention for several days. I went to a small pitch conference last year and my series got optioned for film!

Connecting Writers With Hollywood is an event/pitchfest/conference in Spokane, Washington (4 hours east of Seattle-with an airport) where you can pitch to industry heavy weights in such a setting. These producers are around all weekend, taking pitches, giving talks and are more than accessible to the writers attending. It was here I met the woman who optioned my book series for her film company. 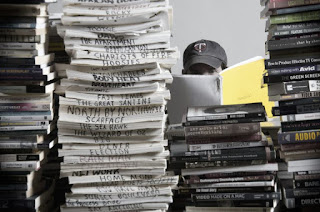 If you are a screenwriter with a script or a novelist with a book and are actively looking for an agent or a producer, or both, you might want to consider this event in June. It draws writers from all over the west coast (including those savvy but tired of the competition LA screenwriters) and promises to be a weekend filled with screenwriting, learning and pitching.
If you are an author who envisions your book as a movie or series, go for it!

A producer from Affirm Films with SONY will be there (Rich Peluso), Reps from the Dove Channel, ISA, LINK Entertainment (David Katsman), Clover Entertainment, EPICENTER Entertainment, the producer of Z Nation (Rich Cowan), and more!
The woman who discovered WILD (Shari Smiley) and took it from a book to a movie is the Key Note speaker on Friday night and is taking pitches all weekend.
Laura Bradford will be at CWWH taking pitches in hopes of finding clients for her successful literary agency.
If you have a book that would make a great movie, you might want to attend. That was me last year. I went home, studied screenwriting, wrote the thing and the series was optioned by a company who's fully committed to making this movie. It's in development now, which is both exciting and amazing to me.

You don't get anything unless you go for it. Step out of your comfort zone.

See you in Spokane in June. I'll be there pitching my next project!


KIM HORNSBY is an Amazon Bestselling Author best known for The Dream Jumper Series, which is optioned for film, with over 400 reviews on Amazon at 4.5 stars.Sign up for her newsletter to keep posted on news and freebies and contests or follow her on Amazon.
www.bit,ly/kimamznwww.bit.ly/KimHNews