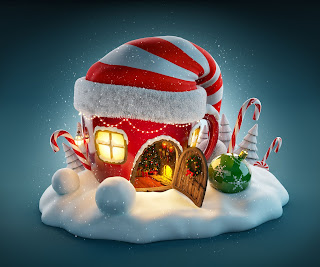 For some, winter is upon us with snow, Christmas decorations, gift shopping and more.
If you're like me (Last minute Lulu) the only thing Christmasy around here is my reading material. I love to read holiday Feel-Good books at this time of year.
Christmas is a time when goodwill is alive and kicking more so than any other time of year and I like to revel in that. So many women (and maybe men?) love watching Hallmark movies and this year that network started earlier than ever with more choices than in past years. The Lifetime Channel has It's a Wonderful Lifetime, a lineup of Christmas movies that began right after Halloween.

It's for this reason I write Christmas Romances for the holiday season. I usually write Suspense Mysteries with the possibility of Supernatural (ghosts and such) but this time of year, I head into those heartwarming stories like nothing else will do.

For anyone who appreciates a heartwarmer, I have 3 short novels published this year as stand alone books.
And, I have a novella inside Christmas at Mistletoe Lodge, a box set of 10 Holiday stories from USA TODAY Bestselling Authors. All books are under $1.00. 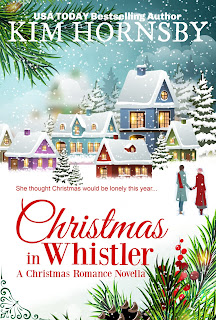 I hope I bring a smile and some goodwill to you in my romances. Crystal Creek is optioned to be a movie in the lineup next year and will film in a few months!

Christmas in Whistler
Daria Stark faces a lonely Christmas with her two young children promised to her recent ex-husband and his competitive girlfriend who’s out to ruin Daria’s Christmas. Hoping for distraction, she leaves Seattle for the picturesque Canadian ski resort, Whistler Mountain, where a friend has a gorgeous mountain lodge. A second house guest has Daria tempted by the attentions of the charming vintner, Pierre Charbenaud. With her ability to read auras, Daria fears this man is too good to be true. Days spent skiing the mountain with Pierre and nights in front of the fire have Daria under the mistletoe with the dashing vintner. Falling for the mysterious man who rescues dogs and speaks four languages has Daria worried it’s just a vacation fling and that it’s not.
Christmas in Whistler is a Sweet/Sensual Romance, with implied moments of intimacy. No swearing, no violence. 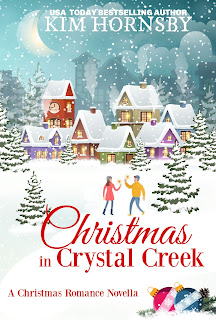 Christmas in Crystal Creek
A road closure and snowstorm traps country music star, Luanne Billings in a small town at Christmas and she finds herself at Crystal Creek Inn's Holiday Extravaganza while waiting to fly out to an important performance in New York City in Time Square. Nick Dales, the town doctor, befriends Luanne, helping her realize what the real Christmas spirit means when she meets his young patient waiting for a heart transplant. When a brief opportunity to escape presents itself, Luanne must decide between a career-changing performance and helping a child in need.
99 cents
https://www.amazon.com/gp/product/B07L6QL15X/ref=dbs_a_def_rwt_bibl_vppi_i4 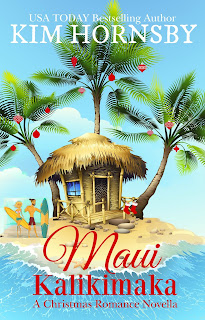 Maui Kalikimaka
Lena Patterson's ex-husband has the children for Christmas and things are looking lonely for the young mother. Her friend, Pepper, is housesitting a beachfront home on Maui and invites Lena, and her new rescue dog, to fly over from Kona.
Big Island coffee farmer, Kalani Shipton must evacuate his house as Kiluaea's lava flow threatens to take his home. He ends up on Maui and finds himself in the company of a woman he once propositioned in a drunken stupor. And told he was a stud in bed.
Thrown together by circumstance, the two realize that there is more beneath the surface of their first impressions. Once a playboy partier, Kalani is now sober and working towards atonement and Lena is a soft-hearted mother, not just a sexy divorcee. As Christmas approaches, hearts open and secrets are revealed to make the possibility of love even more complicated as Lena falls hard for the handsome Hawaiian business man with a suspicious past.
99 cents
https://www.amazon.com/gp/product/B0773V5VPH/ref=dbs_a_def_rwt_bibl_vppi_i3

The Christmas Challenge inside the Box set Christmas at Mistletoe Lodge
A hermit psychologist, Tori Jackson, takes her blog's Christmas Challenge to be more sociable and attends her BFF's destination wedding in Mistletoe, Oregon. At the lodge, she tries to stay in the shadows but Matt Kingfisher, a handsome and benevolent doctor with a cute dog, has the room across the hall and encourages her to leave her room for the festivities. After a year of hiding, Tori finds that Matt gets her heart racing again only to discover he has a game-changing secret—about her.
2.99
www.bit.ly/MistletoeLodge 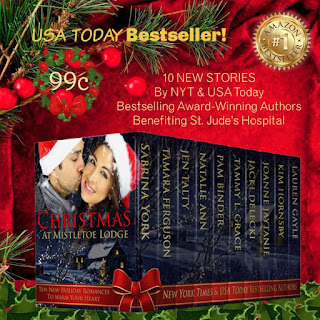 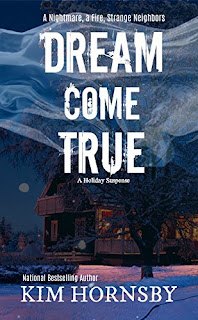 Picturesque Carnation, Washington seems like the idyllic Christmas vacation until Jamey Dunn has a prophetic dream of his father’s house burning to the ground. When Jamey and Tina rush from Maui to Washington State, they discover suspicious neighbors, creepy pranks, and explainable occurrences that lead them to use dreams and intuition to determine who wants Jamey's likable father dead, and why. But, what they are up against is something they couldn't have ever imagined, something sinister and beyond their collected pool of experience with not only criminals, but the after life. In a mad rush to Christmas Eve, the twosome are desperate to prevent the prophetic dream from becoming a heart-wrenching reality and to save not only the Dunn family home but the patriarch- Pops.
99 cents
https://www.amazon.com/gp/product/B017QICU7O/ref=dbs_a_def_rwt_bibl_vppi_i13