I taught a quick class last weekend on how to write the RomCom and ended up going over the 2 hour mark. There is a lot to say about how to write one of these movies, turns out! 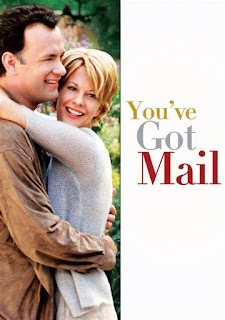 However, I just discovered that all you need to know about RomComs is right here in this Tweet thread I just had with Aminah Hughes, another screenwriter on Twitter.

I wrote one and it carried on for a bit with Aminah like this:

Me: Hello, I’m a woman in a RomCom who works at a failing but charming bookstore and I live in an adorably cute cottage in a nice neighborhood on $12 an hour.

Aminah: OMG I think I know you! Do you also ride an adorable old-fashioned bicycle with a basket on the front? I think you were in the first screenplay I wrote in film school! Hi!

Me: That's me I also have a kooky best friend who wears overalls and big glasses that slide down her nose

Aminah: Give her my love! And pass on my best to the grumpy old man with a heart of gold who owns the bookstore. I know how hard it'll be for you when he finally carks it & you have to fend for yourself in the big bad world outside the beautiful bookshop bubble.

Me: Especially because my parents are dead and I look to him as a parent

Aminah: At least his long lost son is coming home for a visit soon and you'll finally get to meet him. Heard he's grumpy like his dad. Probably won't like him at first.

Me: I already know I dislike him immensely because he wants to sell the bookstore! Dang, why is he so handsome?

Aminah: Stupid city slickers, coming into our lovely town with their ... big city ways! You'll soon show him who runs this bookstore! He so rude. Stop LOOKING at him over the top of that book!

Me: I can't help it! We once kissed, kinda by accident when his face got really close and I'd been crying and he was comforting me and it just happened And now I can't forget that his lips are soft!!!!

Aminah: You must remember that he wants to dishonor his father's legacy and take away the only place you've ever loved (and felt safe - remember, believing that you're capable of stepping out into the world & finding your own path is SCARY!)

Me: When I see his shoulders straining against that tight shirt when he puts books away on the quaint rolling ladder thing, I think I might just be able to convince him to give up the corporate job and move to Niceville.

Aminah: Especially when his hair accidentally gets messed up for a second and hangs over one eye.

Me: And when that puppy got lost and scared and he held it in his arms, I could almost forgive him calling me a "naïve small town temptress" at the Niceville Corn Roast and Charity Dance.

Aminah: I just hope he's gone by Christmas. I know how hard the holidays are for you without your parents. Be terrible if he got snowed in and had to stay...

Me: Oh I love Christmas. I hope he doesn’t spoil it for me. I'll probably end up hating him, then loving him and we'll get married and run the bookstore.

So there you have it.

A Twitter thread to get you started writing your own RomCom. Make sure you make some substitutions like the bookstore might be a hardware store and the Corn Roast is a Fish Fry, or Aminah and I will have to pursue legal action. Ha ha.